New and Upcoming Books on Poverty

Hello everybody.  Hope you had a great summer!  Today’s book reviews cover the subject of poverty in America. 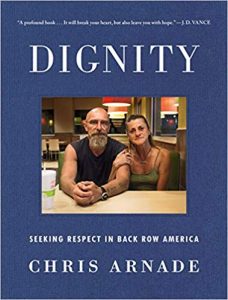 Much like the 1890’s classic How the Other Half Lives, Dignity seeks to expose the true deprivations and downfalls of poverty with both words and pictures – in this case, in all different environments throughout the United States, from the inner cities to impoverished rural areas.   With the liberal use of photography, Arnade humanizes those that he writes about, instead of allowing them to be cast off as “those people.”  The writing is fresh, often quoting his participants directly, and allows new perspectives on issues that are often associated with poverty, like prostitution and drug use, without any excessive moralizing.  I highly recommend this book to anybody, but particularly if you’ve never taken the time to talk to a street person. 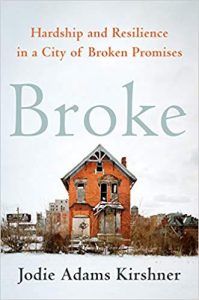 2. Broke: Hardship and Resilience in a City of Broken Promises by Jodie Adams Kirshner (Out November 19, 2019)

This book, written by a lawyer, combines street level stories of poverty in the city of Detroit during the bankruptcy years with accounts of state and city-level mismanagement of funds and resources that allowed people to fall so easily through the cracks.  The stories are heart-wrenching at times – I was particularly rooting for one man who got caught up in the vagaries of the legal system.  The accounts of the badly managed city, which led to bankruptcy in 2013, are concisely linked with those personal stories in a way that holds the city’s so-called leaders accountable for the suffering of the citizens.  A story of poor urban policy leading directly to poor outcomes for the community has never been so riveting. 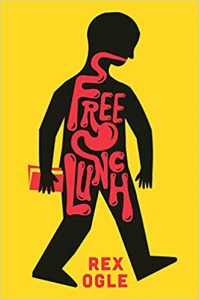 This book, written for middle-schoolers but easily thought provoking for older teens and adults alike, is a true account of Rex’s life growing up in poverty in what appears to be the early 1990’s.  Rex experiences grinding hunger, faces domestic violence aimed at both himself and his mother, combats a discriminatory teacher, has his prized CD player pawned, and worst of all – for a 6th grader concerned with social standing – he is signed up for the Free Lunch program at his new middle school.  The embarrassment of having to give his name daily for his lunch, along with never having clothes that fit or a house he feels comfortable bringing friends to, would make a lesser kid depressed, but somehow Rex never loses hope that things will get better – and by the end of the book, things do improve for the family.  This book should be read by every child – poor kids can commiserate with the main character, and richer kids would get a very good sense of what it is like to live in poverty from Rex’s masterful writing.

One Response to New and Upcoming Books on Poverty