I have read a slew of new and upcoming books recently dealing with psychology and addiction.  Here are my favorites: 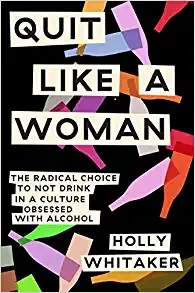 1) Quit Like A Woman by Holly Whitaker.  This book is good for anybody who questions either their relationship with alcohol or American culture’s relationship with it, as Holly goes into her theories on these topics.  Unlike many authors who write about addictive behavior, she does not believe in the term “alcoholic”, for intriguing reasons.  Holly has great, no nonsense advice on how to remove the influence of alcohol from one’s life and build a new, alcohol-free lifestyle.  She also talks in detail about how alcohol is used by dominant forces in society to suppress non-dominant people, such as women and the poor.  This was an engaging book and highly recommended. 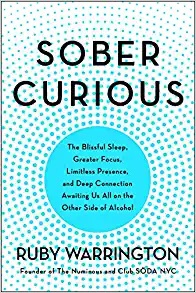 2) Sober Curious by Ruby Warrington.  Another recent book on reducing alcohol use for one’s own good, this book talks of the benefits of a more sober lifestyle, including better health, spiritual progress, and richer connections with other people.  This book is not designed for a serious alcoholic, but rather, for somebody who is wondering just what life might be like without the typical weekend hangover.  Unlike Whitaker, she does not preach complete abstinence, but is instead a proponent of mindful drinking, rather than just drinking because it is expected of you.  If you’ve ever been curious about how life would be without the influence of alcohol, this book is for you. 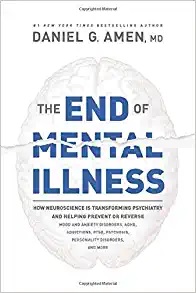 3) The End of Mental Illness by Dr. Daniel Amen.  This book is written for anybody with a mental health diagnosis who is looking for ways to understand and control their illness outside of the dominant paradigm of a simple chemical imbalance that is controlled by medication(s).  Dr. Amen runs a clinic that does brain scans on those with mental conditions, and has found several compelling connections of impaired brain activity with various diagnoses.  He also points out that many DSM diagnoses are actually several different brain issues rolled into one category, which leads to incorrect treatments.  He is a proponent of working to have a healthy brain, whatever the original condition of it is.  To that end, he recommends various forms of out of the box solutions to control symptoms, everything from removing toxic mold to dietary changes to nutraceuticals and vitamins.  This book is good for anybody looking for new solutions to treat their brain illnesses. 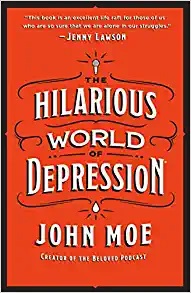 4) The Hilarious World of Depression by John Moe.  John hosts a podcast on depression of the same name as the book, which I had never heard of prior to reading it, but am now intrigued.  In his podcast, he interviews celebrities about their experiences with depression.  In this book, he goes into his own experience with nearly lifelong depressive episodes.  He has an amusing style of writing that anybody that has experienced depression can identify with.  It is also a good primer for anybody who has not experienced depression but wants to know more about the experience of depression.  He writes about deep subjects in a way that sucks you in, because he maintains his sense of humor throughout.  Highly recommended for those looking for a different take on a, well, typically depressing subject.  (Out May 5, 2020)