We lost our sweet Kandinsky yesterday.  I am forlorn.
He was named after the Russian painter, and was nicknamed Baby K. 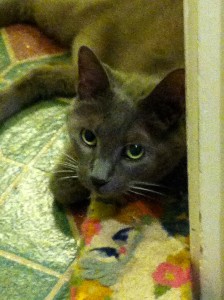 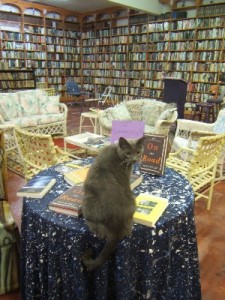 I am sorry to say that he never graced the front of a Loganberry postcard, although really there’s no excuse.  There were just kittens around who got the honor instead.  But his poses, his love of art, literature, and ladders are all well documented.  And he was a sociable and amiable fellow; he could have made a shop cat had that been a possibility in the old location.  I’m sorry, K. 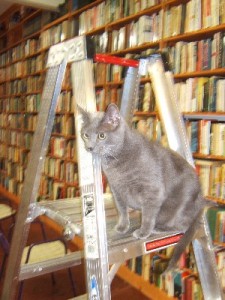 As you see, he had the computer skills necessary for the job. 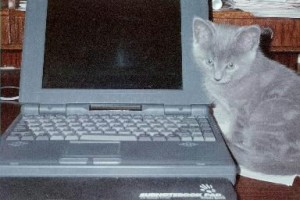 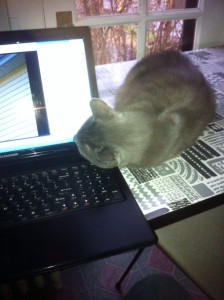 But being a shop cat isn’t the ultimate goal for every cat, nor should it be.  Who is going to be my Scarf-Boy in winter?  Who will entertain the Otis? 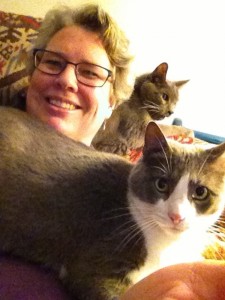 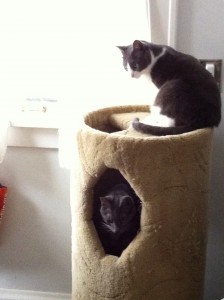 Ah, sweet pile of fur, we will miss you. 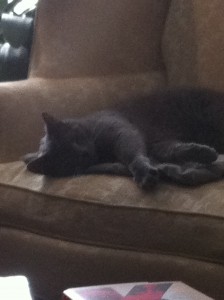 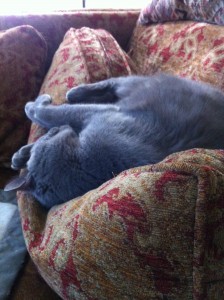 He was 14, and suffering from hyper thyroidism.  He died on his way to see the vet.  He was not well, he was skinny and solitary in his last days, and he hated his medicine.  I am relieved he avoided any further indignities.  And I miss him sorely. 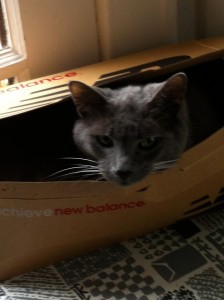 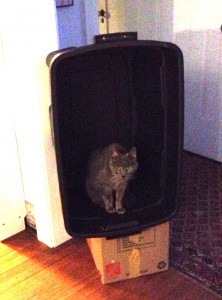 Harriett started Loganberry Books in 1994, acknowledging that what she liked best about perpetual school was the physical objects called books. Her personal biblio interests range from Robert Lawson to Virginia Woolf and various and asundry illustrated editions of Alice in Wonderland and old lepidoptera.
View all posts by Harriett →
This entry was posted in Cats, In Memoriam. Bookmark the permalink.

2 Responses to In Memoriam: Kandinsky